Migrating the data and setting up your own Parse Server is one of the most preferred options as Parse bids goodbye soon. Open source Parse Server and Dashboard are an excellent replacement for Parse.com with the support from Parse community. Many look at it as a great potential framework as you can develop according to your needs and get improvements and new features from developer’s community. Parse open-source already supports many features of Parse.com but here are some of them which are yet to be open sourced.

END_OF_DOCUMENT_TOKEN_TO_BE_REPLACED

I’m still developing my app on Parse.com. Should I stay or should I go?

There are two important announcements from Parse.

Do you want to know more about back{4}app? Click here

If you are half way through developing an app, you must be deciding about the right time to migrate.
You need not be panicking right now because the performance that Parse will deliver it’s enough to finish your app’s development. Additionally. The April 28th deadline has no impact on you because there are no users for your app yet.

But there are other good reasons to move now, especially to anticipate issues on Parse migration and on to adapt Parse features. You need to figure out alternatives to build, host and manage your app.

END_OF_DOCUMENT_TOKEN_TO_BE_REPLACED

How to use Parse Cloud Code on back{4}app 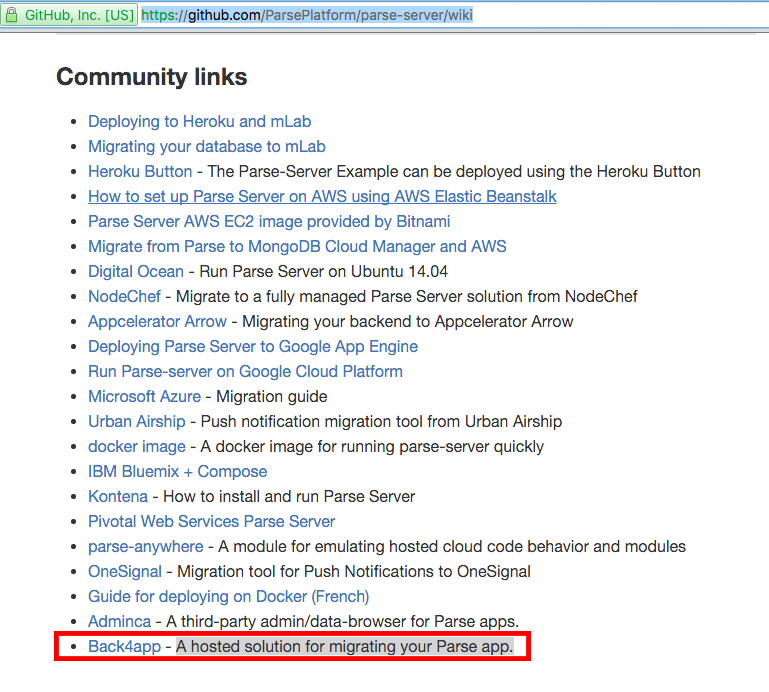 Last Friday, giving further evidence that the powerful Parse open source framework will not die, Parse developer’s team opened the Dashboard code. The dashboard is one of the main components on Parse platform together with the Parse Server and Database.