Challenges and Opportunities in the BaaS Market 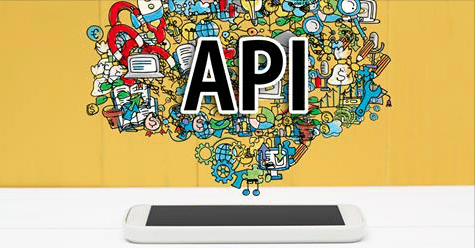 The Backend as a Service (BaaS) market has mushroomed over the past five years. App developers find that using BaaS services frees them to focus on the more inspiring aspects of their profession. They have therefore rushed to entrust BaaS service providers with those less glamorous but nevertheless all so vital development tasks. For example, BaaS offers a highly effective way of handling server coding, database hosting, backup and other tasks that create and maintain the supporting environment app development requires. “Backend” is a most appropriate choice of word since these activities provide the framework within which the more exciting app development tasks are implemented. When these activities are managed by a third party the developer has much more time to devote to the innovations that make new apps so appealing.

In addition to the pull of convenience, economic factors have motivated the spiraling of BaaS offerings. This development arrangement frees companies of the time and financial investments involved in setting up app development infrastructures. It also saves them the expenses of maintaining their own servers, and it significantly cuts the time it takes from designing an app to placing it on the market. So the appeal of BaaS extends beyond convenience to cut development costs and bring a smile to the face of app development financiers.

A blow to developer confidence

The law of gravity dictates that everything that goes up must come down and some have been asking if the BaaS bubble might have burst. In January 2016 Facebook announced they were closing their popular Parse BaaS server in a year’s time (January 2017). Parse started out life as a mobile app development platform. Facebook took it over in 2013 and changed its direction by promoting their own messaging service, and other features more aligned with their business vision. These efforts to modify Parse’s role apparently failed to deliver the results Facebook was hoping for and so they decided that the Parse platform was superfluous to their trading mission.

The closure announcement was met with a mixture of anger and astonishment by the many developers who put all their development “eggs” into Facebook’s parse “basket.” With over a half a millions apps running on Parse the ripples set off by the closure move have travelled a long distance. Many developers have become concerned by the challenges of migrating apps to new services providers. Even though Facebook is making Parse code open source this has failed to allay all the concerns.

As one door closes

The transformation of Parse from a proprietary to open source BaaS platform could actually open up many more opportunities that it closes. The open source app development world frees developers from the restrictions that ties to a proprietary platform inevitably impose. Ridding developers of vendor lock-in limits opens up amazing cooperative possibilities of sharing common development frameworks.

Open source BaaS reduces the amount of coding required for bringing new apps to the consumer. Instead of having to build the foundation and the structure the developer starts off with a foundation already in place. Expanding developer community sites like API Hub offer a rich range of hosted and ready-to-use APIs that developers can use free of charge; this particular site also supports seamless migration from Parse. Moving to an open source BaaS environment holds out great promise for encouraging innovative app development and reducing the barriers for new entry into this field.

The Parse episode seems more like a hiccup than a serious blow to the BaaS market. According to the Indian “Markets and Markets” researchers report “Cloud/Mobile Backend As A Service (BAAS) Market,” by 2020 the international BaaS market should be almost double its 2015 size. In financial terms this translates as an increase in value from $1.32 billion to $28.10 billion. They identify model app developers and small and middle size firms turning to BaaS services as the key contributors to this growth rate. The commercial and convenience appeal of open source BaaS solutions will certainly ensure their key role in the forefront of this dramatic BaaS market expansion.

Open-source BaaS environment is holding a great promise of encouraging development of innovative applications as well as reducing the barriers for novices into this field. These are offering great opportunities to convert your thoughts into a working URL in a more effective way.

What services can a BaaS offer?

An effective BaaS solution can provide solutions to handle various backend services. These BaaS offerings can range from database hosting, server coding, application backup to the other tasks which a supporting app development environment requires.

Here are the factors which are motivating spiraling of BaaS offerings:
-BaaS solutions are providing exciting ways to implement backend development tasks.
-By using an effective BaaS solution, developers will get time to devote to innovations which can make their applications more appealing.
-Besides the pull of convenience, economic factors are also motivating developers to go with BaaS offerings.