How to Get Started with Parse Server?

Parse Server is an easy to access open-source version of Parse Backend. It can connect to any infrastructure which can be used to access Node.js. Use GitHub repo to find your required source.

Where can I host my Parse app?

Using a Parse Server hosting service will make things easier and you will avoid the requirement of setting up servers and save precious time. Deploying an app takes no more than 2 minutes! Please check how easy it is watching the video below:

If you prefer to host Parse Server by yourself please find details ahead.

Your Parser Server may not provide complete compatibility with Parse hosted backend. Make sure that you read and understand all the compatibility issues before you plan to transfer any hosted Parse.com apps to your Parse Server.

Here you go! Now you can professionally run the standalone version of your Parse Server on your device.

To know more, please refer to the Parse Server Guide.

Learn to Save your First Object using Parse Server

As you are using parse Server, you need to learn to save your first object. Commonly Rest API is used for the process. However, you can manage everything easily using Parse SDKs which are available. Follow the given instructions.

The response you get should have similar aspects:

Keeping a track record of all object ids individually may not be important. However, if you are planning to run any query over your collection, you should have the following information: 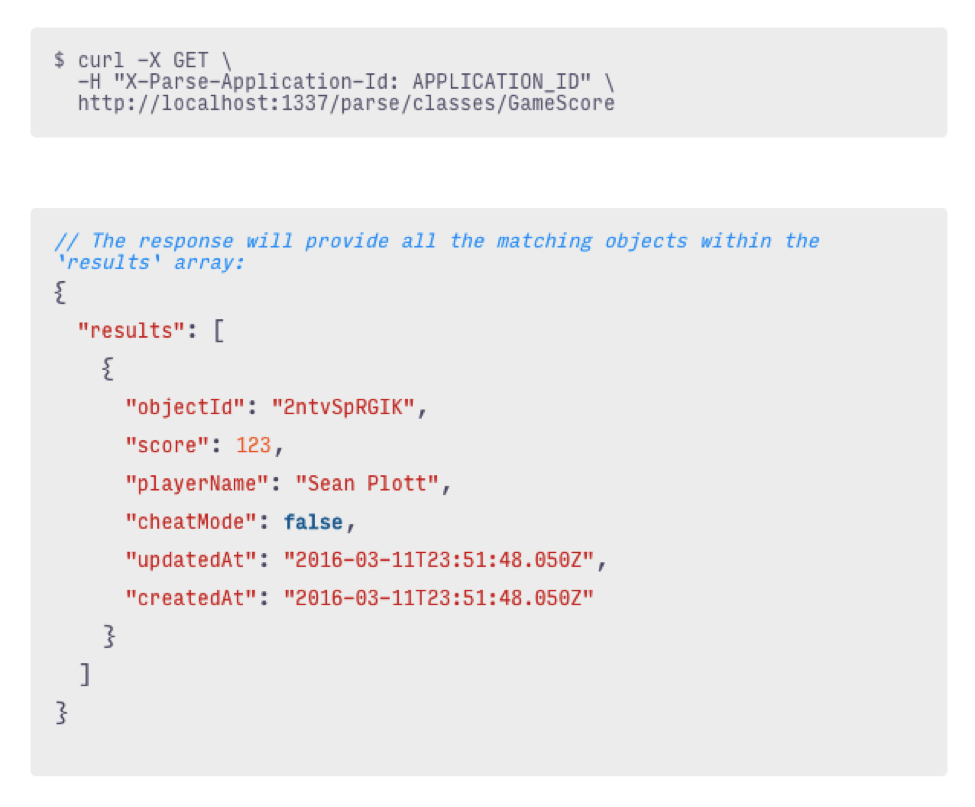 If you are interested in learning more about the running, saving and querying of objects using Parse Server, study the documentation of SDK you are running for your app.

Connect Parse Server with your app

Get SDKs for all important platforms using Parse server. Check out the complete Parse Server guide for a better understanding of how to connect Parse Server with your application.

Once you will learn how this project works, make sure to check out the section of Deploying Parse Server. You will be able to find out about various other unique ways of running and using Parse Server that will benefit you in the long run.

Parse is an open-source backend framework used to accelerate mobile app development. It is used by thousands of developers around the world.

Where can I host my Parse app?