DigitalOcean vs Heroku | Which is better?

This article will discuss the core differences between DigitalOcean and Heroku. It will provide an overview of each platform, core features, advantages, and pricing structure.

As technologies improve, cloud hosting has become almost essential for developers. This facility simplifies the deployment procedure for apps and programs, offering greater scalability and scope.

Digital Ocean and Heroku are two of the most popular cloud hosting service providers in the world today. If you are having trouble picking one, the following comparison may help you make the best choice.

Before getting down to DigitalOcean vs. Heroku, you must first understand what these two are. 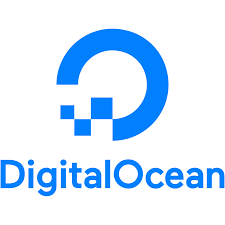 Digital Ocean offers cloud computing technologies to businesses and developers. Through its services, companies can deploy and scale applications effortlessly. These applications can then run parallel to each other across several cloud servers without affecting each other’s performance.

Digital Ocean was named one of the largest cloud hosting companies in January 2018. The company is one of the leading cloud service providers in the United States of America. Its headquarters is located in New York City.

DigitalOcean conducted its IPO on March 2021, and it is now a public traded company. The company will use the resources to improve the product offering and to have a more resilient cash position.

If you pick Digital Ocean, you can take advantage of the following features that the service provider offers.

You should also understand the advantages of using the cloud hosting service provider when comparing to Heroku.

Listed below are some of the ways developers benefit while working on Digital Ocean’s platform.

Digital Ocean offers various options when it comes to pricing. The basic plan starts at $5 per month and limits data transfer to just 1TB. DigitalOcean is also very advantageous bandwidth-intensive applications. The cost/GB is as low as $0.01.

The best plan is priced at $160 per month and offers up to 7 TB of data transfer. Additionally, hourly plans are also available for individual developers.

Heroku refers to a cloud hosting platform as a service. Developers using Heroku do not need to worry about the infrastructure. Instead, they can perfect the app’s development, while Heroku takes care of scalability and deployment.

In 2007, when Heroku was formed, the platform only supported the Ruby programming language. However, it has added support for Scala, Node.js, Python, PHP, Clojure, Go, and Java.

Salesforce.com acquired Heroku in 2010 for a $212 million deal. Its headquarters are located in San Francisco, California. Read on to know how the platform competes with similar cloud hosting services, especially Heroku vs. Digital Ocean.

Heroku is a feature-rich platform. When you subscribe to the service, you can access the following features.

Apart from the features of Heroku, listed below are some of the benefits of the platform that makes it a contender for Digital Ocean vs. Heroku comparison.

DigitalOcean vs Heroku: What are the differences?

Listed below are some factors that cause the distinction between Heroku and the Digital Ocean.

Digital Ocean is a cloud-based service or IaaS that offers networking, storage, and virtualization options. On the other hand, Heroku is PaaS, which refers to software and hardware tools available on the Internet.

Recently, DigitalOcean launched a product called Digital Ocean App Platform. It is a PaaS solution provided by DigitalOcean and competes directly with Heroku.

To understand the differences between IaaS and Paas, please read the article IaaS vs. Paas.

Heroku offers developers more freedom to focus on optimizing their applications. It manages the infrastructure side of the job, such as maintaining servers and databases.

Digital Ocean is not managed in the same way. When using this platform, you would need to concentrate on both application development and managing the backend.

When it comes to Digital Ocean vs. Heroku, the price for their services is an important factor to consider.

Since Heroku offers greater management of applications and servers, it is relatively costly when compared to Digital Ocean. The latter leaves most of the backend management in the hands of the developers and, therefore, is cheaper.

Digital Ocean allows you to create a virtual private server. Even though the service provider does not manage it for you, the handy guides available can help you set up such servers yourself. Unfortunately, Heroku does not offer such an option.

Heroku offers only two data center locations that are the USA and Europe. On the other hand, Digital Ocean is more flexible and provides multiple data center options, including the USA, Europe, Asia, and India.

At the end of the day, both Heroku and Digital Ocean are crucial services for developers today. While there is no clear winner in Heroku vs. DigitalOcean, you need to choose based on your requirements.

Do you like this article? Want to improve development productivity by 200%? Please check below how a BaaS – Backend as a Service can help you.

BaaS – Backend as a Service

Heroku is a PaaS – Platform as a Service. Heroku manages the cloud infrastructure and developers can focus on app development.

What are the differences between Heroku and DigitalOcean?