Parse Dashboard | What is and when to use it 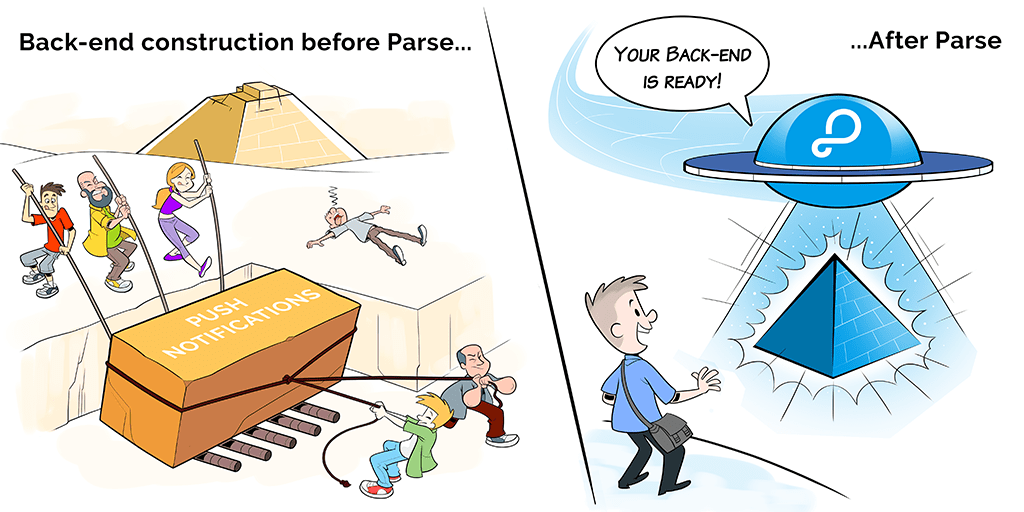 What is the Parse dashboard?

Developers around the world are looking for novel solutions that make application development less stressful. Many developers do not have the technical know-how to create advanced applications. That is why they are searching for platforms where they can create hi-tech applications with their basic knowledge of programming. Parse is a viable solution for achieving such goals. It’s not surprising that many programmers are trying to know more about Parse and the value it brings to the table.

So, What is Parse?

Parse is an excellent solution for developers that want to create high-level applications. However, this open-source platform can help you create sophisticated programs that would have been impossible with an average programming skill.

This article presents some vital information that would help developers understand the benefits of this platform, so they can leverage it to their advantage.

The Benefits of a Parse Backend

Parse offers tons of benefits for developers. For the purpose of this article, we will only look at a few of them:

If you are looking forward to a faster turnaround for your app development jobs, then  Parse backend is an excellent solution for you. With other core programming language, it will take you lots of time and hassles to develop a single application.  On the other hand, the Parse framework can help you get your application up and running in a matter of days.

With the Parse framework, the total budget for your application development project will be reduced significantly. If fact, the platform has integrated plugins and APIs without additional cost. These are tools that are sold for premium amounts on other platforms.

The above is just a brief overview of the benefits the Parse platform offers to developers.  Discerning programmers who desire a better development experience are switching to Parse. Click on this link to learn more about Parse. How a mBaaS creates value

When should I use Parse?

If you want to develop web, mobile, or IoT applications, parse can help you achieve your objectives. The best part is that you do not need to attend a special institute or have an in-depth understanding of the platform before you can use Parse. The vital information you need to start using parse is available on their official website. Parse framework enables you to take a giant leap in your career as a programmer.

Below is an overview of the types of applications you can develop with the Parse framework.

There are lots of features available to developers on the Parse Dashboard. You can get an exhaustive list of these features in this here. We will only discuss a few important ones in this article.

The data modeling capabilities of Parse is one of the features that make it stand out from other platforms. This feature is of primary importance because proper data modeling is critical to the success of any app development project. Parse offers tools to support your data modeling endeavors automatically, saving you the hassles of performing such tasks on your own. Once you are on the Parse platform, you get access to top-notch data modeling by default. Are you surprised?  It’s that simple.

Have you wondered what it takes to send real-time push notifications to the users of your app? Many development platforms do not have this feature, but its an integral part of the Parse dashboard. Adding such a feature to your app gives it an edge over competing apps. Apart from the fact that your users will appreciate such a useful function, it gives your app a professional outlook. This is one of the many values you get when you develop your app on Parse.

Social login is essential to every modern-day application. The mere fact that users need to sign up to use your app can get them pissed off and abandon your platform. But with the social login, your user can get up and running with your apps with just a couple of clicks.  However, you’ll have to mess up with lots of coding to implement social login into your app.  It requires days of careful coding, dealing with bugs before integrating it into your app. This is not the case with Parse. Implementing social login on Parse is as simple as copying and pasting a code snippet, and you’ll have a functional social login feature in minutes.

Email notification is another benefit you’ll get from using the Parse framework as your development platform. Leading apps and websites around the world use email notifications for various functions, including reporting account activities, suspicious logins, usage alerts, and many more.  Email notification is essential for every modern app. Rather than spending hundreds of hours trying to code this feature from scratch, why not use it on the fly? The email notification feature is a part of the Parse Dashboard. You can integrate it into your web, mobile, or IoT app easily.

Having your project and user files neatly organized, stored, and easily accessible is essential for your development project. That is why you need the service of professional file storage providers.  It makes it easy to manage data from your application seamlessly without bothering about storage capacity.  The Parse file System provides the developer with adapters that allow easy integration with file storage and host providers such as AWS, Google Cloud, and Back4App. With Parse, you can integrate your app with world-class data storage providers easily.

You can navigate to https://parseplatform.org to find valuable documentation and links to download various apps and resources, including the Parse Server and Parse Dashboard.