Parse Server and Android : A perfect solution for your app Backend 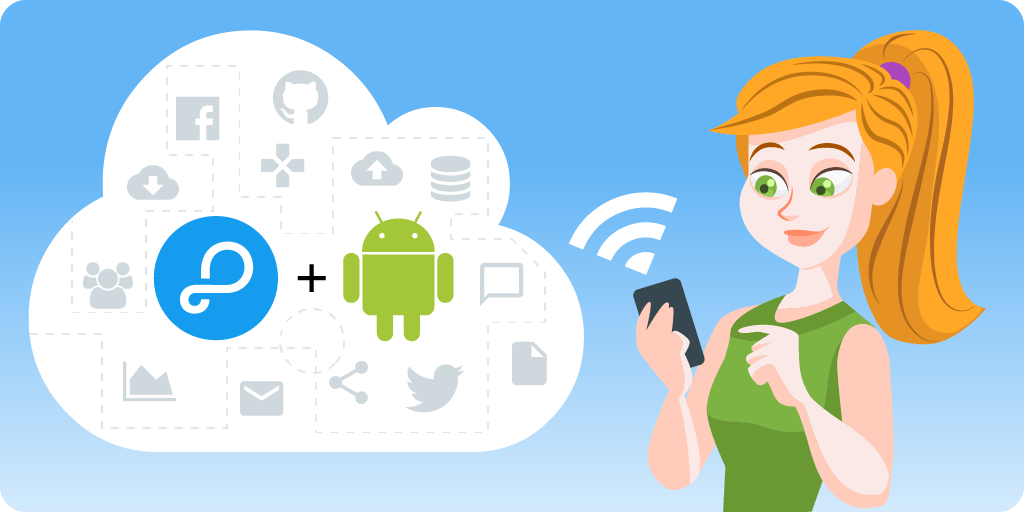 Do you own a business or have an awesome product to put on display? If yes, are you already on the web and the Play Store? In this era of digitization, with businesses going online and the number of mobile devices increasing exponentially, it’s imperative for every product and company to reach out to its customers’ mobile.

With digital products and services becoming more user-friendly, responsive and design-oriented, developing an efficient front-end has become as important as developing a robust backend. Most of the backend services like data storage, notification system, and social media integration are almost same for all the products with app scaling being the most pressing issue. Rather than working on everything and settling for an average backend and front-end, more efforts can be employed to develop an impressive design-focused front-end interface to rope in new customers and can leave backend to be taken care by Mobile Backend as a Service (MBaaS) providers.

Backend as a Service

Of all the cloud solutions, MBaaS is a considerably new technology but has gained enough impetus and popularity over the years for developing efficient Android and web applications.

BaaS enables the developers to manage a centralized database that allows the users of the application share content via the cloud. Prior to this technology, development was different and you’d need to develop your own backend using a server-side technology such as Ruby, Python or PHP. This often proved difficult to scale and time-consuming in terms of resources and required a special set of skills to deliver a product that worked effectively for a huge number of customers.

A cloud computing architecture, MBaaS provides mobile applications with access to servers, storage, databases and other resources they need to run while providing features such as user management and authentication, push notifications, social networking integration, and data analytics. Mobile Backend as a Service completely abstracts the server-side infrastructure from the developers. Now, all that a product developer needs to do is assemble the required building blocks and just write the code to connect them. Thus, MBaaS allows developers to focus on delivering impressive user interface and rich user experiences instead of dealing with mundane backend infrastructure.

Parse Server- The Pioneer of BaaS

In 2020, four years have gone by since Facebook open-sourced Parse. The community of supports has been growing since then, new features released, and Parse has proven to be the best choice in terms of BaaS platform.

Of all the BaaS services available in the market, Parse Server, earlier known as Parse and owned by Facebook, has been a pioneer of Mobile Backend as a Service. Known for its robust features and modules, Parse Server is an open source version of Parse written in Node.js and can serve the Parse API from any Node-enabled infrastructure.

Developed in 2011 by a team of four people who were previously at Google and Y Combinator, Parse was a backend-tools developing company. Later it was acquired by Facebook in 2013, and ever since then, it went on to become the most widely preferred Backend as a Service provider with over 700,000 hosted apps on the platform in January 2017.

Though managing the app on Parse was easier, Parse Server offers more functionalities and makes working easier for the platform.

Local Development and Testing: The apps built on Parse Server can be developed and tested locally to check the smooth functionality of the application before deploying it on Android or web.

Unlimited Queries:  With Parse, there is no upper cap on the number of object queries made. You can have unlimited queries, database triggers, and cloud functions.

Host from Anywhere: The Android, iOS or the web app can be hosted from anywhere using Parse Server and the company can reach a global audience easily.

Better Database Management: Considering the database system, Parse Server offers more flexibility than any other BaaS. With a great number of adapters, you have the freedom to choose any database platform or file storage system.

Live Queries: Live Queries generate continual feeds of object updates for services like messaging or live gaming while eliminating the need to execute queries every time new data is needed.

No Vendor Lock-in: Due to the open source development environment of Parse Server, you can exercise full control over the source code and can also migrate to other platforms whenever required. Thus, there won’t be any vendor lock-in and hence long-term stability.

GraphQL APIS: This new feature was released for beta testing in 2019 and now it’s fully operational and several apps use using this API protocol. It’s much simpler and more efficient in comparison to REST.

Backend as a Service is being preferred by developers recently to build highly secure and efficient apps for web and Android. To develop both, the front end and the backend of an application on the Android platform can be done by acquiring a fair knowledge and understanding of the basic front-end and backend technologies used to develop the Android application. But, the biggest challenge comes up in the form of scalability which can be very easily dealt with Parse Server.

Parse Server allows developers to concentrate on the real problem they’re trying to solve, while other behind the scenes issues concerning the application infrastructure will be taken care by Parse Server. Also, Parse Server is open source and fully extensible and thus regular contributions are made to improve the system and its services.

In spite of a wide range of benefits offered by Parse Server, it also has some drawbacks, the most prominent among them is the deployment of apps on the server. Since database server is hosted on a different platform, in order to deploy an app, the Parse Server, and the database server must be configured first and then these two servers must be hosted in a PaaS or IaaS.

How to Use Parse Server for Your Android App?

Parse was open-sourced with an intent to make application development easier and user-friendly for the developers. Since app deployment is a challenge on Parse Server and the database server needs to be configured and hosted separately, self-hosting or parse server hosting services may be used. But, self-hosting creates issues with scaling. In that case, Parse Server hosting can be a viable option for your Android app.

Therefore, we’ll learn how to use Parse Server to develop an Android app using Back4App, a Parse Server hosting service.

To know more about how to create your Android App and use Parse Server tools access our Parse Documentation.

Using Parse Server for developing Android applications is of great benefit for developers as it makes backend development easy and hassle-free. Developers can now focus more on creating a product that is more visually appealing to your customers while leaving aside the technicalities of developing a robust and secure infrastructure. With the services and benefits obtained by using Parse Server, developing an app backend, be it Android or iOS, is a very easy and time-saving affair for the product developers.

What is a Backend as a Service?

A BaaS – Backend as a Service enables developers to concentrate their development efforts on the frontend side of the application and outsource server side management to a third party provider.

Where to host your Android Parse app?

You have basically to ways to host your Parse app:
– Self-host on any cloud like AWS, Google Cloud, Azure.
– Use specialized Parse hosting services like Back4app.