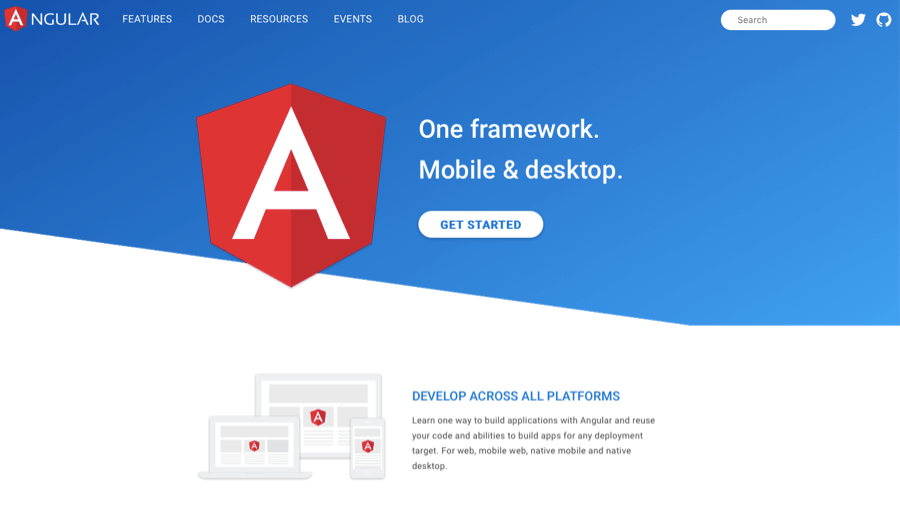 If you are engaged in software development, you have undoubtedly heard about Angular. One of the most well-known frameworks of JavaScript, developers make use of it to create dynamic websites. This article delves into the AngularJS, its advantages, and 5 Angular backend providers.

The framework was built by Google engineers Adam Abrons and Misko Hevery. AngularJS, the first version, was released by Google in 2012, and the company has been continuing it ever since.

To know more please what this great video from Andy Sterkowitz.

Making single-page apps with Angular is quite easy. Owing to their responsive nature, single-page applications are becoming quite well-known these days.

Developers can separate coding in small building blocks that act as modules. The main advantages of this approach is a more organized structure and reusing pieces of code. It leads to faster development and reduced project development cost.

This news can make a developer jump as Angular can considerably decrease coding for each app. Here, it is easy to write the data models, and developers do not need getters/setters. Developers can conveniently maneuver the data by utilizing filters without having to change controllers.

Developers can obtain increased flexibility in the app by using filters as these filters sort the data before it makes its way to the view. The filters also perform several other functions, such as reversing an array’s order or formatting decimal places. Akin to directives, they can operate as standalone functions, totally separate from the application.

All the JavaScript code in Angular has to go through a chain of tests that make testing a type of in-built function. This tool helps you begin from the starting point and test each component of the applications without any issue.

What is a Mobile Backend as a Service?

Mobile Backend as a service (MBaaS) is a middleware where SDKs and APIs are used to connect cloud-based backend services to apps instead of creating a backend on the client’s on-site cloud servers.

Start-ups find it challenging to build a dedicated infrastructure for their mobile application. The cloud-based model of MBaaS takes out this obstacle for them.

Ready to use APIs

MBaaS handles the total API management, and your app consumes services. You need not code integrations, which is an essential benefit as it saves time for the programmers.

MBaaS integrates several proprietary systems when you work the backed from scratch. It also manages large volume data formats of various ranges. It takes care of the complexity that comes with the variety in mobile platforms and the devices on which your app must work smoothly.

Nowadays, mobile apps heavily depend on a microservices architecture. In this technology, smaller programs can be made for various services rather than making an extensive program.

What is a Backend as a Service?

Mobile Backend as a service (MBaaS) is a middleware where SDKs and APIs are used to connect cloud-based backend services to apps instead of creating a backend on the client’s on-site or cloud servers.

What are the best backend providers?