How to create an instant messaging app?

Do you have an idea to develop a fantastic app? You can decide to create a messaging app and become the next multi-billion-dollar app success story. So, let’s take a look at how to create an instant messaging app like WhatsApp.

How to make an instant messaging app like WhatsApp

Read on to learn how to make an instant messaging app without spending a fortune on development costs.

END_OF_DOCUMENT_TOKEN_TO_BE_REPLACED

What is Game Sparks?

Mobile gaming is becoming an increasingly popular niche. And most amazingly, now you can find tons of solutions which are meant to back your mobile gaming solutions with ease. Here we have an in-dept analysis of a most sparkling games BaaS solution which is essential for you to know.

END_OF_DOCUMENT_TOKEN_TO_BE_REPLACED

What is AWS Amplify?

Most businesses nowadays are transitioning to a cloud-based model and are ready to cut the cord. The cloud’s pioneer – Amazon Web Services (AWS) cloud platform, takes the lead among the various cloud adoption services available.

Amazon’s ever-growing portfolio offers over a total of 90 services and products to cater to developers’ needs so they can develop fast, efficient, serverless, and secure web and mobile applications.

One such service that is gaining momentum and has greatly simplified and accelerated developers’ tasks is known as AWS Amplify. This article will deep dive into everything related to AWS Amplify – from how it works to its features, integrations, pricing models, upsides, and downsides.

So, let us get started!

END_OF_DOCUMENT_TOKEN_TO_BE_REPLACED

What is Heroku? Secrets unlocked…

Heroku is now regarded as one of the most reliable platforms as a service offering for businesses of all sizes. Look at this popular platform’s features, benefits, and limitations below.

END_OF_DOCUMENT_TOKEN_TO_BE_REPLACED

What is Firebase? The secrets unlocked…

An exciting range of server-side technologies are available in the market at present. This can lead developers to perform a difficult job of determining what type of backend can be more preferable for their applications. Let’s explore Google Firebase here which is one of the most effective choices in this regard.

END_OF_DOCUMENT_TOKEN_TO_BE_REPLACED

After we published our open database for Coronavirus COVID-19, which is based on Wikipedia’s data, some people started asking how we collected data in an automated fashion. This article will teach you how to write a data scraper (or data collector, data miner, etc) in Back4app using Cloud Code Functions that will automatically collect content from a given URL, filter the important data and store it in Parse.

END_OF_DOCUMENT_TOKEN_TO_BE_REPLACED

Firebase vs Amplify | What are differences?

Technology is advancing at a fast pace rate, and mobile technology is arguably the pacesetter of this revolution. Mobile app users are consistently demanding the latest features on their devices and apps. This demand for novel features puts developers under pressure. They need to roll out features and updates faster than ever to remain competitive in a consumer-centered market.  With the advent of backend service, developers can now update apps and add innovative features without any hassles.  This article analyses Firebase vs. AWS Amplify; these two platforms are among the leading backend platforms in the world today.

END_OF_DOCUMENT_TOKEN_TO_BE_REPLACED

The best Heroku alternatives in 2020

Heroku is a PaaS (platform as a service) which fulfills the requirements of cloud service provider the times. There was a hued problem about the configuring the server from scratch but when It came in the market, it gave a solution which made app development, scaling and deployment such an easy process that their services made them the well-known figure in the community of developers.

The first thing to know is the reason of switching away from Heroku. And by doing a little research in online communities, it is found that the developers were facing these major issues.

Heroku was increasing their prices. AS there was a term known as “dyno” which was required every time when you were scaling your application. But whenever you were scaling your application, multiple dynos were required by Heroku for providing their services. It was known that the services which Heroku was providing to its customers were backed to its AWS infrastructure which meant that they had to increase prices time to time in order to get a reasonable profit figure.

The second problem which was sleeping apps. It means that the services providers will at put your app to sleep after some time of inactivity. This was done by the service providers in order to free up some of their resources space for a temporary period of time and this was reversed whenever there was a we request made for that app which will make that app available again in 10 to 20 seconds. This was not very good for some customers which got frustrated because they were already paying high prices for getting the services.

END_OF_DOCUMENT_TOKEN_TO_BE_REPLACED

Why is Parse the future of Backend as A Service? 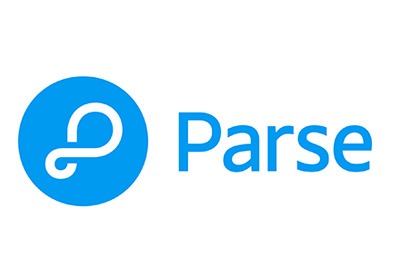 If you are a developer and you are using the coded language through mobile application or web app then using it is scalable and cool. Being a pro or an amateur is not associated with it in this context. Have you ever heard about Parse Server? If you are a developer then its use is good for saving your time and good for your interest. Before going into details of the Parse, we should know something about Baas Service. You must know about it in the details.

END_OF_DOCUMENT_TOKEN_TO_BE_REPLACED

Heroku vs. Parse |What are the differences?

In 2020, Heroku and Parse are two great platforms to speedup application development. Reading this article, you will understand the differences between these two platforms.

With the increase in the needs of developing the application and websites, it is becoming difficult for the people to manage the technical aspect of these applications alongside the maintenance of their content. It is owing to the reason that the need for continuous changes and the up-gradation of the data has increases.

This stress of development of the applications and the maintenance of all technical activities has become easier with the innovation of the clouding platforms, which develop and run the applications and provide more time to the users to work on creative side rather than the worry of maintaining the functioning of the technical work.